Every year, after the ‘Rock im Park’ Festival, an impressive waste carpet remains on the festival grounds near the Nuremberg Academy of Fine Arts.

The waste was examined to determine the visitors’ eating habits and the findings were developed into a concept for a temporary bar. More than a hundred abandoned grills were collected and converted into tables, chairs and product displays.

A film loop on a flat screen showed short sequences of the BBQ set collection on the festival area (a race against time due to the official clean-up efforts) and – as a reward for each piece of bounty – a barely perceptible fade-in of various Stone Age hearths.

The drinks at the bar were served with something to chew, for example an espresso with a chicken leg instead of the mandatory biscuit.

So the bar served as a contribution to the prevailing clichés and interchangeability of contemporary conceptual event catering. 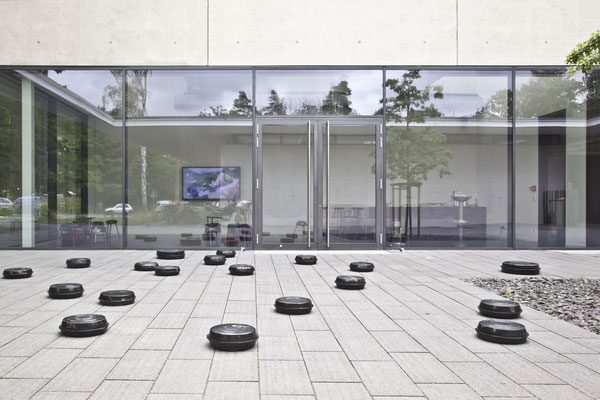 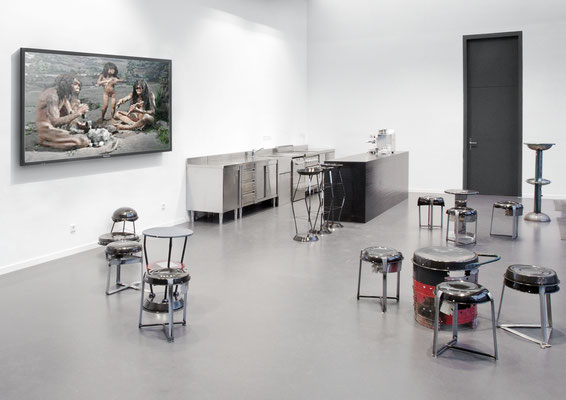